Home English A giant comet crashed into the sun. The video released by NASA 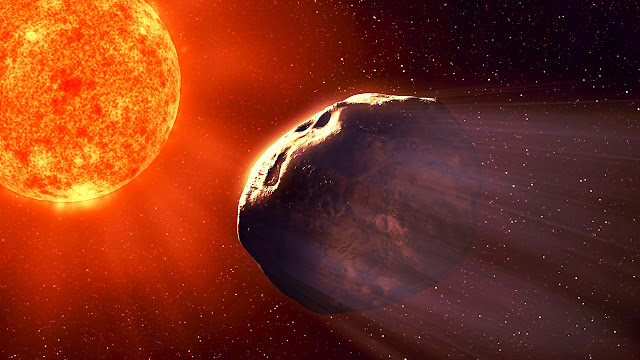 A giant comet was filmed crashing into the Sun, “sinking” into its core. The spectacular astronomical phenomenon – revealed by NASA’s Solar and Heliospheric Observatory – was documented with a video released on social media:

THE COMET DID NOT SURVIVE: As with most sun-diving comets, this one did not come out the other side of the Sun after its nearest approach to the Sun (perihelion). 🙁 pic.twitter.com/ok5fHbfdDv

“The doomed comet was almost certainly a ‘ Kreutz sungrazer ‘, a fragment of a giant comet that broke down many centuries ago ,” astronomer  Tony Phillips wrote for Spaceweather.com .  “A swarm of these fragments orbits the sun, and every day at least one gets too close and disintegrates. Most, measuring less than a few meters in diameter, are too small to see, but occasionally one as large as that of today it attracts attention “.